CEO, Chairman of the
Management Board

Management Board member
Director for Economy and Finance 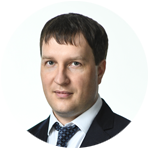 CEO, Chairman of the
Management Board


Andrey Neduzhko was born in 1984 in Taganrog.


In 2007, he graduated from the Moscow State University of International Relations with a master's degrees in management and international law.

Management Board member
Director for Economy and Finance


In 1993, he graduated from the Moscow Automobile and Road Technical University with a degree in mechanical engineering.

In 1996, he obtained a degree in accounting and audit from the Russian Academy of Entrepreneurship.

2016 – Present Management Board member, Director for Economy and Finance, STEPPE Agroholding, JSC; member of the Strategy Committee and the Audit, Finance and Risk Committee


Alexander Cherechecha was born in 1978 in the village of Novoplastunovskaya, Pavlovsky district, Krasnodar region.


In 2004, he graduated from the Kuban State Agricultural University with a degree in zootechnics.


In 2007, he graduated from the Russian State Humanitarian University with a law degree.

2013-2016 - Legal Advisor, single executive body of a company undergoing restructuring, Sitronics, OJSC; Sitronics-N. This involved work with the group's foreign assets in jurisdictions of Greece, the Netherlands, India, and China.


Alexey Novoselsky was born in 1983 in the village of Rodino, Rodinsky district, Altay.


In 2005, he graduated from the Russian Entrepreneurship Academy of the Moscow City Government with a degree in Finance and Credit.

Has over 13 years of work experience in agriculture.


In 1987, he graduated from the Azov-Black Sea Institute of Agricultural Mechanisation with a degree in mechanical engineering;

In 2005, he earned a degree in agricultural management from the Rostov Institute of Professional Training in Agriculture

In 2009, he completed studies at the Rostov Institute of Continuing Professional Training for workers employed in the agricultural sector.

He has been awarded with a Letter of Acknowledgement from the Ministry of Agriculture of the Russian Federation.

1990-2004 - Mechanical engineer; manager of an animal feed plant and a milling unit

From February 2018 – Member of a board of directors – Chief operating officer of Crop farming of STEPPE Agroholding, JSC